Cyprus is an island country located in the Eastern Mediterranean, adjacent to three continents (Europe, Asia, Africa) making it the perfect short travel hub in the region! Approximately 300 American students study abroad in Cyprus each year. It is the third-largest island in the Mediterranean and home to beautiful blue flagged beaches, making it a very popular tourist destination.

The island is inhabited by Greek-Cypriots, Turkish-Cypriots, Armenian-Cypriots, Maronites, and Turkish settlers. Its complicated past history since ancient times and its multiculturalism makes it for any student interested in European or Middle Eastern history a great place to study abroad! 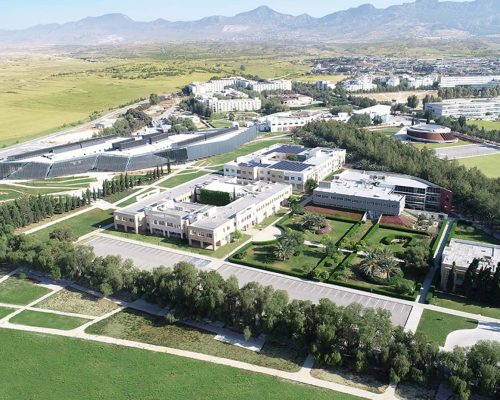 Cyprus is a top tourist destination for all seasons, and one of  Europe’s hot spots for ex-pats thanks to its thriving economy and the relaxed Mediterranean lifestyle. Being one of Europe’s prime student destinations, it can also act as a gateway for higher studies in other European countries.

Why Study in Cyprus?

At present, a number of educational institutes in Cyprus are providing higher education to International students. Cyprus offers high-level education at very affordable fees which is further very beneficial for their future. Most of the population of Cyprus is multilingual and English is a commonly spoken language here which offers a supportive environment to International Students. Being famous as the Island of Love, Cyprus offers a healthy environment and multicultural society to students at reasonable living costs. Moreover, there are a number of reasons to choose Cyprus for study purposes.